My Issue with the Term Gender Dysphoria 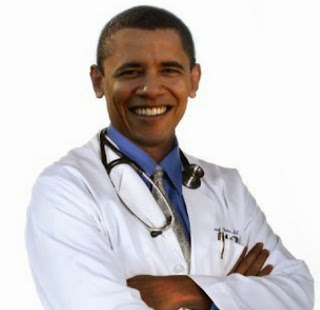 Do you think transgender, transsexuals, and or transvestites suffer from a mental illness or medical condition?

Gender Dysphoria is a condition in which a person feels that there is a mismatch between their biological sex and their gender identity.

Last I checked, the American Psychiatric Association says that being transgender is NOT a mental illness YET many if not ALL trans individual suffer from something called Gender Dysphoria?

I know that discussing other people's pain is a sensitive subject, especially when discussing emotional pain, pain which is derived from no visible physical damage. That being said, it seems to me that for a person to say that they have Gender Dysphoria is the same as saying that they suffer from a mental illness. So my question to someone who believes he or she has Gender Dysphoria is, do you believe you were born with Gender Dysphoria or is it something you "caught?"

"I was born in the wrong body," is usually what many if not ALL trans individuals say when discussing their life experience. They also share the emotional pain they felt growing up because of this belief.

My issue with the term Gender Dysphoria is, that in essence, it is a term created to describe the feeling of being unhappy with one's body as said body arrived into this world. In this sense it is similar to Body Dysmorphic Disorder. Among other things the treatment for these "disorders" is undergoing surgery.

My main issue with these "disorders" and "conditions" is the fact that society perceives them and treats them as illnesses, as a defect a person has or was born with as opposed to simply a strong desire to change one's appearance.

Imagine if we started viewing some black women as being mentally ill simply because they were born with naturally curly hair yet are so unhappy with it they choose to straighten it. Or if you were told you were sick in the head for wanting color contact lenses? Putting painful braces on children to straighten their natural teeth then would simply be an insane thing to do. These would all be people suffering from mental illness would they not? What if we started giving plastic surgery to young people to alleviate their emotional distress from being bullied because of the way they were born? Oh, that we already do, as seen in this TV special.

We are all born with a body and we all know that it is temporary, so to want to alter it and adorn it as we wish, how can that be a mental illness? Wanting to alter our bodies is a universal human desire.  We all alter our bodies to one extent or another. Why then do we subscribe to the "medical community's" opinion when it comes to certain types of body alterations? Why are they the ones with the authority to draw the line in the sand as to which body alterations fall under "treatment" and which are simply "cosmetic." Should they be allowed to diagnose a person as suffering from an illness simply because they are the ones providing the procedures in order to "cure" the "illness" they themselves have "diagnosed?"

I'm in daily contact with biological men who enjoy dressing up as women. Some would consider themselves as suffering from Gender Dysphoria. I treat these men as I would treat any other human being, as HUMAN. I don't think of them as having a mental illness. I think of them as strong individuals who are free to do with their bodies as they wish. Do they have personal struggles and challenges due to living in a society that insists on having only two genders, yes. Am I sympathetic to their struggles, absolutely. Anyone with a heart would feel for the pain trans individuals face everyday due to physical and psychological abuse. That being said, a trans individual, wherever they may fall in the trans spectrum, IS NOT A VICTIM OF HIS OR HER CIRCUMSTANCES. They have the power to say, this is my journey and I will make the necessary changes in my life to feel at peace with myself.

Trans individuals are faced with a particular life challenge, in many cases from an early age. I'm not sure it is a parent's obligation to contemplate hormone treatment for their trans child, however it is a parent's duty to give their child the skills and information necessary so they can tackle live's challenges so they may find internal peace. Are we to make a child believe that how he or she feels about his or her body is due to a mental illness or are we going to show them that it is simply a journey of transformation which they are on?

All that being said, should I start seeing and treating trans individuals as if they are suffering from a mental illness called Gender Dysphoria instead of how I currently see and treat them which is as if they are like everyone one else?
Labels: gender hot topic transgender