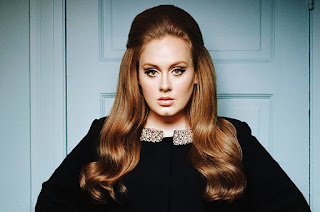 After watching last night's Grammy ceremony I have come to the conclusion that not only is the United States of America dealing with collective emotional pain, it may also be highly sexually frustrated and in need of some good sexual stress relief. 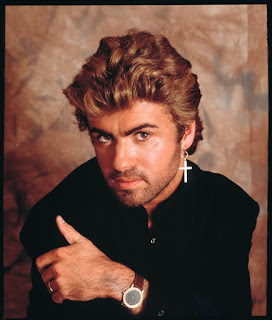 Last night Adele paid tribute to the late George Michael by singing his song "Fastlove."  She had a rocky start to say the least.  Music experts may tell you she was probably off key or off tune at the start, so naturally when she reached the chorus she fell apart.  She stopped the performance on Live television.  You could sense her huge disappointment in herself.  But she didn't walk off the stage with her tail between her legs.  She started the song again and finished triumphantly.

Her fumble however wasn't the topic of conversation amongst at least two homosexual men on social media.  Instead her performance was seen as a social/political statement.

Here are a couple of posts from my Facebook feed of two gay men in their thirties. One is a Republican and the other is a Democrat. Yes, I'm friends with both. 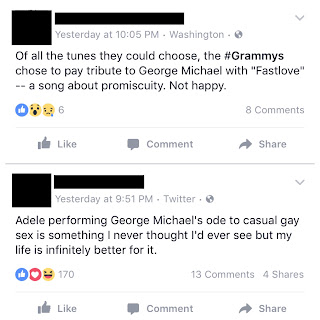 I understand their differing points of view but to be honest, I thought last night Adele gave the George Michael song a whole new meaning, not just in its arrangement but also in that derailment towards the beginning and subsequent getting back on the horse. (Just to be clear, there was no train and no horse on stage...nor elephant nor donkey either)
George Michael was taken from us too soon. You might even say it's as if he gave us some "Fast Love," and then...he was gone. George made his "way into the light" as the song says, and those very last words in the song "I miss my baby," still resonate in the hearts of his fans.

Here is my reply to my first friend above:

"I think the interesting thing about the lyrics to Fastlove is that at the core of the song is a person that wants to leave the pain behind and simply have a gay 'ol time. That's why Adele's pain filled performance hit that cord. Clearly it may have left folks longing for something better...like a bad one night stand often does. So in my eyes your unhappiness with the song selection, in a way, makes the performance a success."

Which brings me back to the emotional state of the nation.  What better time than now to carve out some time each week to get a little Fastlove in order to deal with the current emotional pain?  Scientists to this day keep researching the benefits of having sex.  Although, I believe we must continue to do A LOT more research on the subject here are some potential benefit of getting it on tonight. 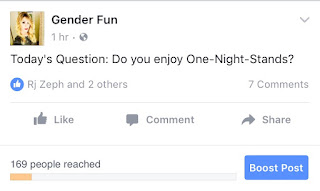 Of course some folks would rather a friend-with-benefits instead of a one-night-stand, and other folks as we learned from asking the Gender Fun community on FB, would like a deeper sexual connection.
(to see responses click LINK)

Whatever the case may be there is no doubt in my mind that now more than ever it wouldn't hurt to get a bit of Fastlove.  If you're not up for "performing" or things seem to take a turn for the worst, just remember that you get a second chance.  Often times it's better the second time around.