Why Fire Island Must Exist 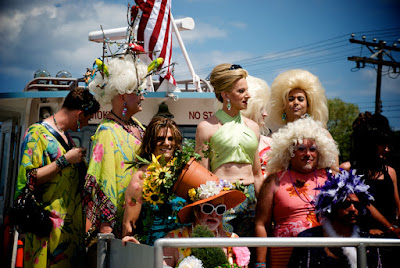 I'm sipping my coffee as I scroll through my Facebook feed.  Suddenly I learn from the Huffington Post's Noah Michelson, (who wrote this piece about us), that the queens are coming to Reality TV! No, not the queens seen above,  I'm talking about the following queens. 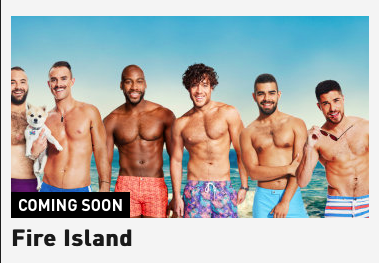 I continue scrolling through my Facebook feed to find out that the very sexy Micheal Hartz, (who likes to stick sweet things in his mouth), worked on the production of the show.

I know what you're probably thinking, who cares about these queens?  You're probably thinking that because an estimated 90% of my readers are not attracted to Gay Men, and especially not attracted to men who have the body types of the cast of the Logo show Fire Island.  I learned this through the comments on my video Straight Men who Love Femininity.

That being said, you need to learn why Fire Island is such an important place which exists during the current political climate.

Let me share with you how Fire Island has touched me.

I was introduced to Fire Island in 2009 by the talented Deryck Todd.

That year Deryck and I participated in the tradition known as the Invasion of the Pines.

As a first-timer at this flamboyant and colorful event I decided to document it through my photography. 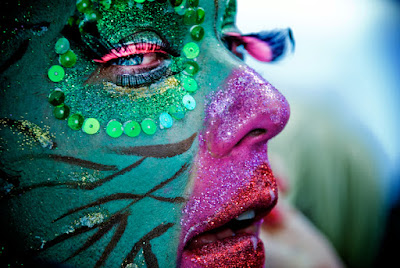 While on one of the ferries, that was filled with fairies, I snapped the photo of the amazing talent that is artist Taylor Mac.  The photo ended up being picked out of more than 800 submissions in the Next Magazine photo contest in 2010.  A 30x24 inch print was displayed at the Leslie/Lohman Gay Art Foundation in Soho New York City on June 22nd, 2010.  The event was covered by the hilarious Mike Diamond for Fierth.com. And the photos I took that day ended up making a wonderful Coffee Table Photo Book.

Fire Island and especially the Invasion of the Pines is magical.  A place that welcomes all gender identities, sexual orientations, races, ages, etc.  It's a place where you can escape and be whoever you want to me.  It's like an LGBTQ Summer Camp for adults. 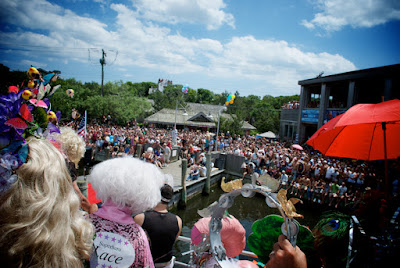 While on the ferry  getting ready to disembark photo: Adrian Acosta

As you may know, prior to self-identifying as gender fluid and pansexual, I pretty much lived the life of a gay man.

I would present as male in my Grindr profile.  And although I learned some pretty interesting lessons during that time, it never felt quite right for me. 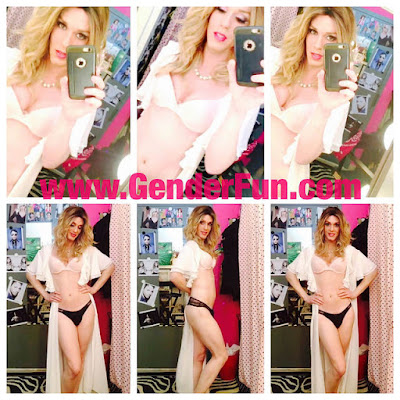 Currently I present in femme on Grindr. 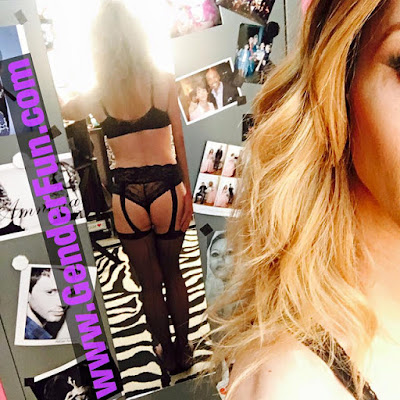 So naturally when I accepted an offer from my dear friend Brian back in 2015 to spend the weekend in Fire Island in a house filled with a bunch of gay men I was a bit hesitant.  If you watch the trailer for Logo's new Fire Island show you might understand why.  You might also understand what I mean if you read the piece I wrote back in 2013 "Some Gays Are Ignorant, and that's Ok."

You might not know this but I'm a bit of an introvert and shy when I'm in a new environment with folks I meet for the first time.  I keep to myself and I'm a bit quiet.  Lucky for me the house I stayed in was filled with the intellectuals of the Gay community, lawyers, librarians, Google tech guys,  guys that work in the healthcare industries, Political and Recruitment Media Strategists, etc.  Every single one of them was smart, good looking, full of integrity and kindness.  The housemates were very welcoming and I'm grateful for the experience.  I had such a good time that last year I returned to the same house to share the experience with a new group of great guys. 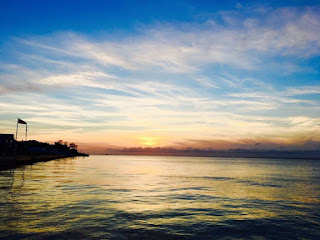 Experiencing the sunset on the pier

Fire Island doesn't only offer wild parties but it also offers some peaceful and beautiful moments. 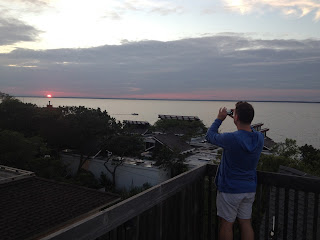 It offers a space where friendships deepen.  A place where you can lay back and let the troubles of the world melt away. 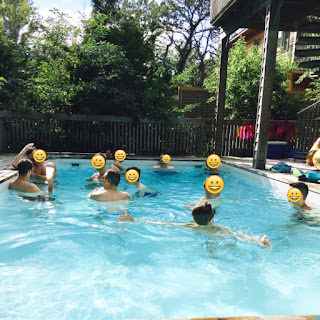 And of course it offers pool parties where men meet, have thoughtful conversations, and even do a bit of skinny deeping.  Fire Island is a place where you can let loose.

As a person who puts myself out to the public I've gotten emails from guys that struggle with their sexual orientation and who have even wondered if it is possible to grow old gay and happy.  Pay one visit to Fire Island and you'll see first hand how it's not only possible to grow old gay and happy but Fire Island is a necessary place on Earth.  Try to remember that when watching the new Logo TV show.