What is Cis Gender and Could you be IT? 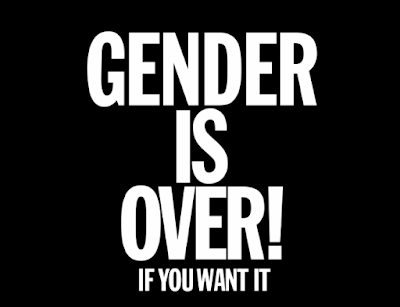 I remember as if it were yesterday.  Years ago I was out on holiday with a couple of my gay male friends when out of the blue I told them that I was Transgender.  They immediately denied it and said to me “Adrian, no you're not, you’re a gay man."  I remember not fighting their perception of me but I made a mental note.  In hindsight I think it might have been easier for them to understand what I was telling them had I said to them that I was not Cis Gender.  I simply didn't have the language at the time.

It’s clear to me now that when you tell someone that you are transgender the first thing they think of is that you will be getting a sex change or that you will start living your life as the opposite sex.  When in reality you can be Transgender aka not Cis Gender and not transition all the way.

Years later the term Cis Gender started to gain traction, thankfully, and its use can really explain to Cis Gender folks that not everyone subscribes or falls within the Gender Binary that society has created of Man and Woman.

What is the term Cis Gender and could you be it?

Open your mind, and get ready to see the world in a whole new light.

The following is mostly a transcript of Marie’s words from GenderIsOver.com on the Group text podcast published in April 2017

The dominant Westernized heterosexual centered narrative of gender is one that tells the story that we are all familiar.  When a baby is born the presence of a penis or a vagina determines if that child is going to be a boy or a girl. This we call assigned sex at birth.

However Gender is about the societal roles also the way you view yourself and sex is about the anatomy you have.  So from the day you are born gender roles start to set after the moment you and your parents are aware of your genitalia.  Gender roles dictate the desire and appropriate acceptable appearances and behavior of someone based on their perceived sex. It’s like “stay at home and raise the children” or “be the bread winner.” Boys are expected to be masculine, girls are expected to be feminine. These are the gender roles that start happening based on the sex that you were assigned at birth {based on your genitals}.

For all of history there have been people trying to rewrite the script or people who don’t quite fit into the script.  This script systematically erases all of the examples of all humans that don’t fit within the binary.  [A good documentary piece that shows examples of this is Gender Revolution: A Journey with Katie Couric]

So what does it mean to be Cis Gender?

All that Cis Gender means is that the Gender you identify with matches the sex that you were assigned at birth.

The word Cis, what it does is it makes it clear that other forms of Gender expression are real and valid.  Being Cis is one of many ways to be rather than THE way to be.

So, about those gay friends of mine that didn’t believe me to be Transgender years ago, well, I think they are coming around since I started electrolysis treatments on my face and neck, I’ve had my ears pierced, I’m growing out my hair, and am researching the effects of hormone treatment.  As in most things in life, I guess actions speak louder than words…but having the language to express your human experience is fundamental whether you are Cis Gender or not.