Me with the Theater kids at a High School District Competition
​

This past Saturday I was doing a male-to-female makeover on one of my clients from San Diego when "she" began telling me that her 12 year old son wants to dress like a girl.  The boy is unaware that dad dresses like a woman on his spare time.  The coincidence of a son and father desiring to dress in the clothes of the opposite sex is one that made us both wonder if there might be something in the genes.  The boy is also into theater.  Of course we speculated on her son's sexual orientation and possible gender identity.  Mostly we talked about how young people use theater as a vehicle to explore their gender identity and sexual orientation by becoming characters.  This topic hit home for me since I credit the theater with "saving my life." 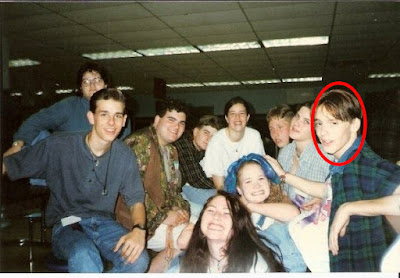 Me and the theater kids in the 90's


It wasn't until my Junior year in high school that I joined the Drama Club, Troupe 2617.  The prior two years, on numerous occasions, my classmates asked me if I was in the Drama Club since I was so "dramatic."  Up to that point I was a bit of a loner.  I spent most of the first two years of High School studying hard to get up to speed with my English.  Being that English is my second language, as an immigrant I started my ninth grade year with the reading comprehension of a second grader.  It was a tough lonely first two years of high school.  Finally, my Junior year I was a bit more comfortable with my English and decided to see what this Drama Club was all about.  So I joined.  Little did I know that it would be there that I would find my "Tribe." 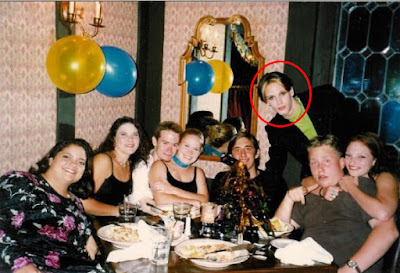 At the thespian dinner 1997 with some of the theater gang


The first production I auditioned for was for the play The Outsiders back in 1995-96.  I landed the role of Two-Bit, made famous by actor Emilio Estevez in the 1983 movie version.  It was then that I caught the acting bug.  The new friendships with the theater kids minimized my loneliness.  I started to feel like I belonged.

Later that year I landed the lead role of Don Quixote in the musical Man of La Mancha.  The pressure and stress of being Don Quixote as a first year drama student proved to be too much for a novice actor/singer as myself so I quit the role and accepted a smaller role in the ensemble.  Looking back, I feel as if my theater teacher, Mrs Holland, believed in me more than I believed in myself.  I was an insecure teenager. You wouldn't think so by the manner in which I carried myself, but I was riddled with insecurities, especially when it came to owning the spotlight, reading aloud (cold readings), and memorization.  You may not believe this but I was never really hungry for the spotlight. 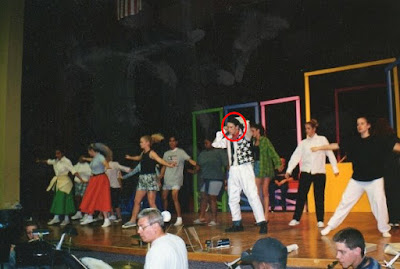 I found a bit more confidence by the following year when I landed two lead roles.  I was the lead role in the one act play "Your Life is a Feature Film" which we took to district thespian competition.  Later that year I played the role of Conrad Birdie in the musical Bye Bye Birdie.  I even played the role of Conrad at a neighboring High School when they recruited me after their Conrad dropped out.  I loved playing Conrad.  He had very few lines (I have a hard time memorizing lines), and he had three fun songs. 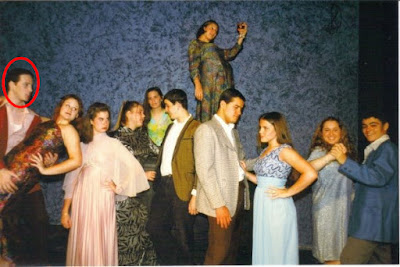 Part of the cast of Merily We Roll Along

My first job out of high school was teaching acting and theater to kids ages 5-12 at an after school program and summer camp.  It's during this time that I did some regional theater.  I was in productions of A Chorus Line, Merrily We Roll Along and even played a Kit Kat Girl in the musical Cabaret, my first female role on stage. 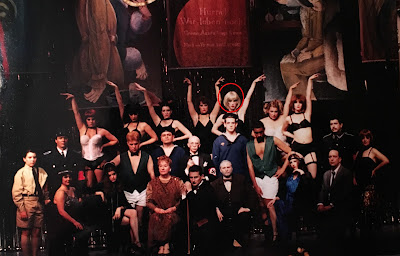 When I moved from Florida to New York in 2002, the theater took a back seat.  However, I did a few readings of my work at open mic nights, a few cabaret performances, and even went on stage with my cover band, but I was never again in a full-on theater production.

In 2005 I found myself on the movie set of John Cameron Mitchell's film Short Bus as an extra.  JCM is the genius who created Hedwig and the Angry Inch off Broadway and then later brought the production to a Broadway stage.  That's as close as I got to Broadway, until... 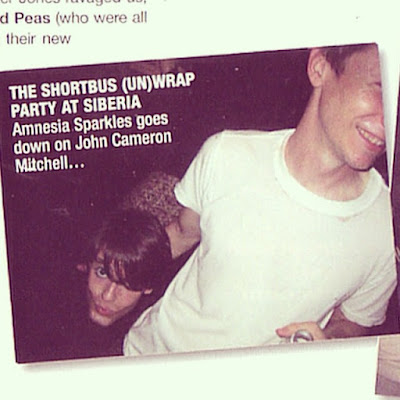 When the Broadway show Priscilla Queen of the Desert held auditions in New York City I simply had to attend.  I knew getting cast in the production would be a long-shot but I had to try.  I didn't want to regret not having tried.  The audition process was a blast. 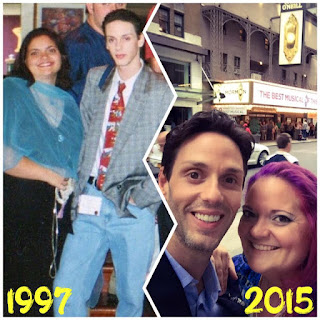 My High School theater friend Diana and I


Every year as the Tony awards approach (they will take place this Sunday) I start thinking about my old High School Theater FAMILY.  If it wasn't for their acceptance, their quirkiness, their creativity, and their LOVE I'm not sure where I'd be today.  Thanks to the invention of Facebook we all found each other and still 20 years later have each other's backs.  The bond is strong. 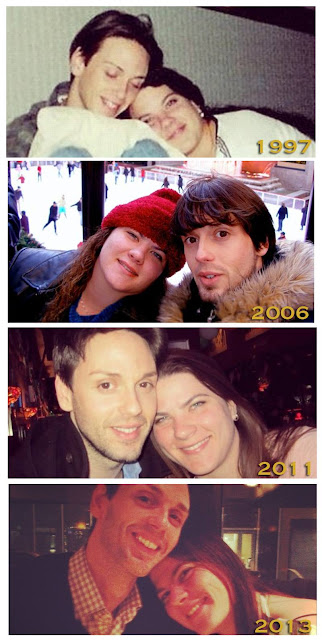 My high school theater friend Christina and I over the years

No matter how many stages we step foot on, some bonds get stronger with time.  We can play many roles throughout our lifetime, but being ourselves with each other is more than enough. 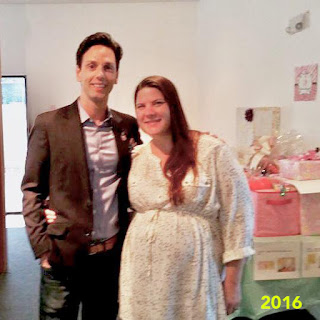 I surprised Christina at her first baby shower


The angsty teen years can be difficult.  At times I may have thought of ending it all.  Thanks to my theater friends, they showed me that I got a lot of living to do.


The show must go on.


ps - here's to Jake and Christian.  We lost you way too soon.  Love you both to pieces.