​ Do People Believe You are FAKE? 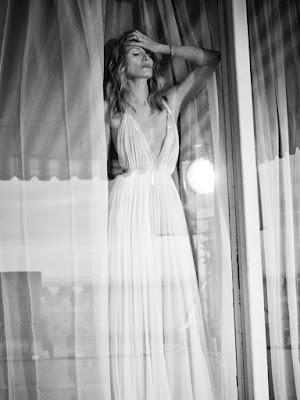 This December (2017) will mark 37 years since Mark David Chapman killed The Beatle's John Lennon for being a "phony."  The convicted murderer chillingly once said ‘Lennon was a phony ...’ Mr Chapman borrowed the term "Phony" straight out of J.D. Salinger's 1951 popular novel The Catcher in the Rye. 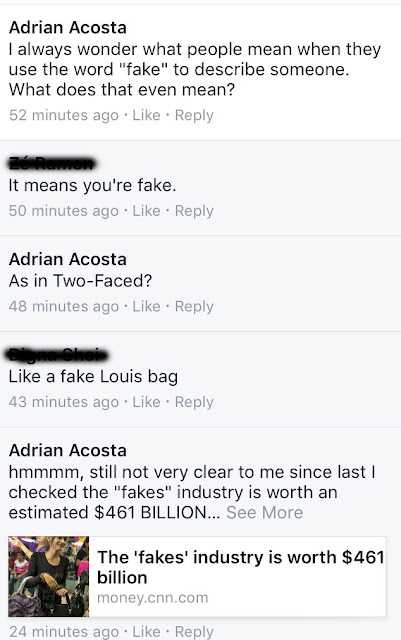 As a person, myself, who presents both in male and female form I've always found this term "phony" or "fake" interesting.  I've even written a blog entry back in 2013 about this ridiculous and DANGEROUS notion that there is this thing we call a "true self" or an "authentic self."  As if saying there is a REAL self and a FAKE self.

Recently the actress Michelle Pfeiffer did and interview for Interview Magazine where she said "I have this constant fear that I'm a fraud and that I'm going to be found out. "

And right after reading that interview we learned about the new documentary on the late singer Whitney Houston "Whitney Can I be Me" where Houston's saxophonist, Kirk Whalum, summed up Whitney's internal workings in a quote that became the title of the film. "Her favorite saying was, 'Can I be me?'"  said Mr Whalum.  Did Whitney feel like she was being a phony, a fake, not her "true self?"

This prompted us today to ask the Gender Fun Community

​
One of the reasons I ask this question is because
I have heard many folks who crossdress who say
that when they "dress" they are being their
"true self." Wouldn't that mean that when they
don't dress theyare being fake?   Or that they
could be perceived as being "Fake"
by someone who doesn't dress?


LISTEN UP ladies and gents, and everyone
in-between.
We humans are multifaceted.
We are complex creatures.
We are living in our minds but also living in the
physical world.
To think that there is a REAL self is a fallacy.
What may seem REAL to us is FAKE to
someone else.
Society is constantly judging us by our appearance.
Sure, our appearance can give others a sense of
how we feel deep inside but unless they are
US they can't understand.
Sure, they can be empathetic to our experiences
but for THAT to happen they need to REALLY
HEAR what we have to say.

At the end of the day we are all REAL, like JLo.


No matter how or what we present to the world.

As the late Maya Angelou said


“When someone shows you who they are believe them; the first time.”

or as Oprah would paraphrase

"When people show you who they are, believe them."


Keep being YOU as complex as it may seem to the world.

Those who can see straight to the heart will SEE you for who you are and what you
can contribute to this world during your relatively short existence.

You have a lot of Life to live and can't be bothered to have to "prove" yourself at every Life's turn.