Nipples: When is it OK to Show them on Social Media?

The last time I showed my nipples on social media was Feb 2017 when I looked more like a "dude."


Not a big deal right?

What if I did it again on Instagram today?

Generally speaking it’s socially ok for men to be shirtless at the beach and on social media.  Meanwhile, it’s not as accepted if women are shirtless in those same situations.


With that in mind

I have an interesting question for you.

Currently the natural shape of my body while wearing a black t-shirt and jeans. (Not on hormones) Growing up I felt a bit self conscious about my wide hips compared to my small high waist, but not anymore. This is me #genderfun #body #crossdress #crossdresser #transition #amnesiasparkles #fitness #sexy #nonbinary #genderfluid #selfie #touchmybody
A post shared by Adrian Acosta (@amnesiasparkles) on May 26, 2018 at 7:08pm PDT


​My body is going through some changes. Again guys, I AM NOT on HORMONES, but things are getting softer around the chest area. 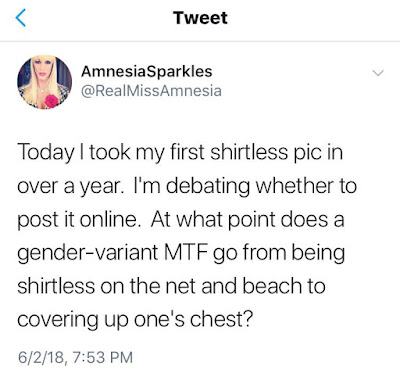 You may say: "do whatever makes you feel comfortable, I would support cis women in the same decision." or "One could always invest in pasties."

That got me thinking.

Wouldn't covering the nipples indicate shame of a feminine body type, or submitting to sexist social norms? After all, aren't there many heavy set men that appear to have boobs, or what is referred to as affectionately and derogatorily as Man Boobs?  These men don't put pasties on.  Instagram doesn't censor photos of men who have Gynaecomastia as you can see from clicking HERE.

I'm on the fence about posting my current shirtless pic on the net, specifically on Instagram, because their Community Guidelines state "we don’t allow nudity on Instagram....This includes some photos of female nipples." ​

I was assigned male at birth but Instagram may assigned me female ​if they believe my chest to be that of a woman's?

Boobs can be problematic can't they?  Some folks wish their's were bigger, smaller, different size nipple, perkier, more symmetrical, closer together, and the list goes on.  Some have procedures to augment them and some to reduce them.  Some brave folks who fought cancer had to have one or both removed. They can be life nourishing, and also a source of sexual power, a source of pride for some and a source of shame for other folks.

We have now entered into the month of June, or as some folk call it PRIDE MONTH.  A time to recognize the courage of LGBTQ folk of time's past.  The one's who paved the way for the diverse community of today to be able to live authentically under the sun like everyone else.  A time to stand confident and comfortable in our own skin.  It is in that spirit that I bare my heart and stand topless and stand against body shaming. 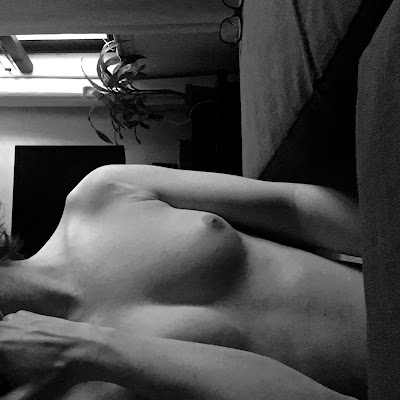 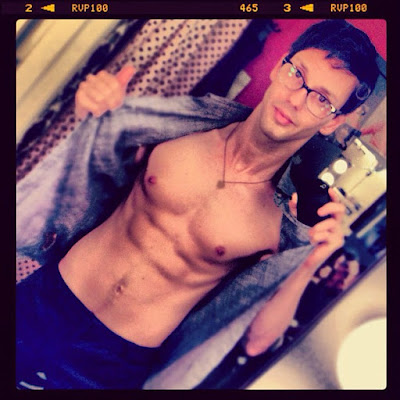 It is up to us to teach the next generation of men, woman, and anyone in-between that there is no place for shame when it comes to the shape and size of our bodies.  Lets enjoy our bodies while we have them.

UPDATE:  after posting the above pic of my chest as it currently looks 2018, Instagram removed it. Meanwhile my 2012 chest pic has not been removed.  Make of that what you will 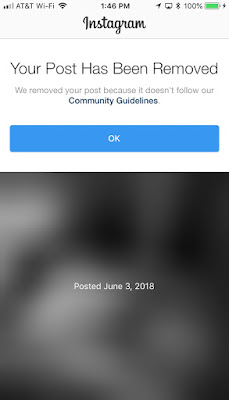