What to Wear at a Pride Parade 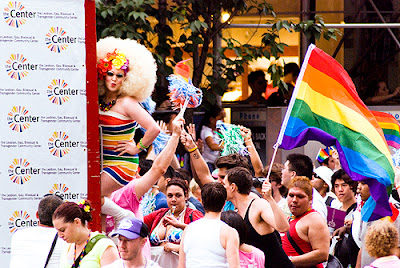 It’s June! You know what that means? It’s PRIDE MONTH!

Pride month means different thing to different people. You can even say there is a rainbow of meanings. Whether you are For or Against Pride Month one thing is undeniable, it’s a time of year to, come out, venture out wear something that celebrates your uniqueness.

It is during this time of year that gender-variant and trans folks contemplate going out in public, some for the very first time, especially to a pride march/parade dressed as their authentic self. For a MTF it may mean wearing something more feminine, and for a FTM it may mean wearing something more masculine. So let me offer a bit of unsolicited advice from experience.

For the very first NYC pride parade I participated in back in 2003 I put rainbow flags in my hair, I wore rainbow lashes, wrapped a rainbow flag on my boobs as a top (temperature was hot that day), made a skirt out of old jean pants, and wrote my name on it so every spectator down 5th Avenue would see that I had come out and/or “arrived.” And of course I wore pink fishnets because they are the physical representation of my soul. 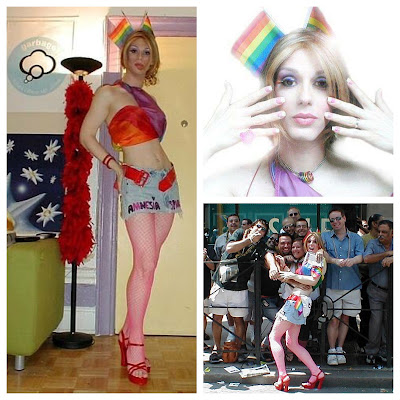 Whatever you decide to wear just remember it has to show the world your inner most self, no more closet! In other words, no matter what you wear you will look fabulous, I just know it. Congrats! ​

The second time I marched in the NYC parade was in 2015 I was hired to be a part of a float full of Marilyn Monroes. 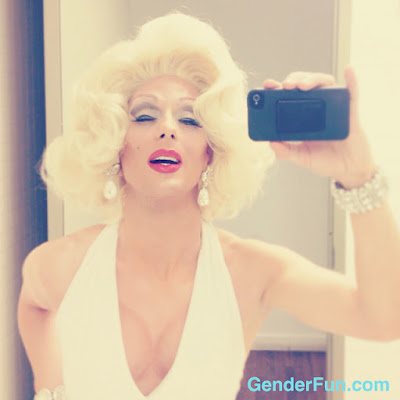 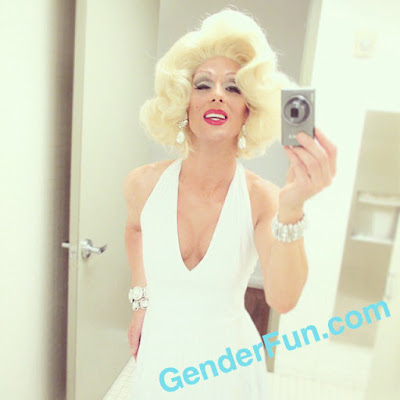 The first time filled my heart while the second time filled my wallet 😜 but both times were special and so will yours. Enjoy every second of being a part of this important event

We know that over the years MONEY regarding the Pride Parade has been an issue for some LGBTQA+ folk.  But as we learned from the musical Cabaret "Money Makes the world go round." So the intersection of money and PRIDE doesn't have to be a big deal.

For those who want a deeper understanding of Pride I recommend the film Stonewall Uprising
A film that will show you how the repressed, in society at the time, fought for their right for the pursuit of happiness.

For us personally the meaning of Pride Month really hit home in 2011 when Same Sex Marriage became legal in the state of New York. 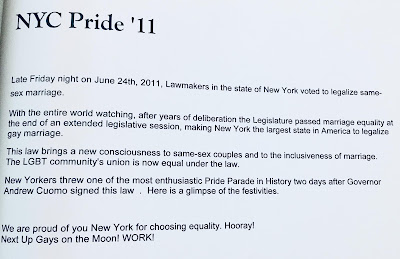 That year we decided to be a spectator, a witness, and take photos of the festivities.  To see some of the joyous images we turned into a coffee table book click HERE

And if you think Pride celebrations only belongs to self identifying LGBT folks think again.  I am all for a Heterosexual Pride Day.  For more on that you can read HERE


Whether you decide to celebrate or not celebrate this month just remember that, whenever you feel different, isolated, and alone, chances are there is someone out there feeling the same way.  Remember, you can feel "different" and still find some common ground with others.

oh yeah, and make sure to feel fully FREE during this year's Pride Parade!