COVID, Kids on HRT, BLM, and the Men I've Slept With

Every now and then, Michael (one of my followers on Instagram) will message me and hit me with the tough questions.  He first messaged me in December of 2018 and boy has the world changed since then, for all of us.

In this conversation he asks me about my feelings on parents putting their kids on hormone treatment, if I support the Black Lives Matter movement, if and when I'll be doing more youtube videos and MTF makeovers, how to kill COVID, and of course what type of men I've slept with.

*5min read*
MICHAEL: how's everything? life? your man? your blog?

ADRIAN: So far so good. How about you?

MICHAEL: I'm good. I can't complain been a wild year lol but I'm happy to have slowed down tbh when's your next YouTube video?

ADRIAN: slowing down can be a great thing. I don't know when I'll be filming a new youtube video. although I did put together a new outfit yesterday that I love and will want to show off soon

MICHAEL: I can't wait to see it. how have you been spending your days?

ADRIAN: I've been working a lot

MICHAEL: I hear ya. that's good. an idle mind is the devil's playground. so I'm glad you're staying busy. Will you be voting ?

MICHAEL: that's awesome. good for you! do you prefer to be called handsome or pretty?

ADRIAN: I rather be called smart 😜

MICHAEL: there are different forms of brilliance. for instance, Chris rock is not formally educated but he's a brilliant comedian. he's a comedic genius. you should do stand-up. you ever heard of Flame Monroe?

ADRIAN: I rather not do stand-up because I’m funnier sitting down 😜

MICHAEL: ok well Cosby did stand up sitting down lol. he also was the world's worst bartender

MICHAEL: sorry if I annoy you

ADRIAN: Not at all

MICHAEL: I hear ya. and yeah I would agree with you. complements are a good thing. when are you doing makeovers again?

ADRIAN: I’ll know soon as most people get the vaccine. Probably end of 2021 or sometime in 2022

MICHAEL: most ppl won't get the vaccine lol but oh ok sorry if that question annoyed you

ADRIAN: Not annoyed at all. Second time you think I’m annoyed. Have people in the past told you that you were annoying? You’re not to me

MICHAEL: no, you prob get that question a lot from people that's why I asked. I know if I'm asked the same thing over and over I get annoyed. and no ppl in the past have not called me annoying. I was just trying to be considerate. that's all. we're all human.

ADRIAN: Oh ok. I guess I don’t get annoyed at the same things as you

MICHAEL: I'm not easily annoyed. I just don't like answering the same question over and over and over again but yeah I really admire you though. you exercise great courage. you're just determined to be who she is

ADRIAN: thanks. I don’t see any other way

MICHAEL: I mean that's rare in society. ppl want other people's approval. have you learned anything about yourself during quarantine?

ADRIAN: Sooooooo much. You?

MICHAEL: yes absolutely. I'm going to def live my life differently. carpe diem. I have a question for you. how do you feel about parents putting children on HRT

ADRIAN: I feel extremely lucky that I have yet to this day (I’m 41) seen myself in that position since I have zero desire to raise children. It is completely not a tough decision that I have to make or not make.

MICHAEL: ok I didn't ask if you'd do it. I asked how you felt about it. would you advocate it as some one who supports trans rights

ADRIAN: I would be a hypocrite to either be for or against it. I’m not in the arena parents are in

ADRIAN: It’s not my place

MICHAEL: do you agree with having kids on HRT. remove the parent word lol

ADRIAN: lol I have no opinion on the matter because it’s not my place. Other than to say it has to be a tough decision for any parent

MICHAEL: you're an advocate of trans rights

ADRIAN: And I know my place

ADRIAN: What does “support” mean to you?

MICHAEL: really? the same thing it means to you

ADRIAN: You want me to give you examples of the actions I’ve taken to support BLM?

ADRIAN: How can it be bad?

MICHAEL: are you black?

MICHAEL: technically it's not your place

ADRIAN: Exactly. So why ask me?

MICHAEL: because you're in the trans community and I asked you about a big topic in the community. I asked because I'm in the health care field and I've been asked to prescribe hormones to trans patients

ADRIAN: That’s a tough position to be in

MICHAEL: yes. I'm asking someone who is in the community what they think

ADRIAN: I think you need to make the best call possible which you can live with yourself in the end

MICHAEL: I will do that regardless. I'm just curious of your opinion. what would you do?

ADRIAN: If I were you I would ask other healthcare professionals to point you to scientific and psychological studies on the matter.

ADRIAN: Thanks. And thanks for asking

MICHAEL: so I get no answer lol

MICHAEL: I must've missed that

ADRIAN: It’s in text form. Scroll up to see it

MICHAEL: you said you have no opinion it's not your place

MICHAEL: you had an opinion on blm. that's not your place lol

ADRIAN: What was my opinion on blm?

MICHAEL: you said how can it be bad?

ADRIAN: That’s a question not an opinion

MICHAEL: that's an opinion in disguise

ADRIAN: If you want to see it that way. I stopped giving my opinion on black issues years ago

MICHAEL: why is that ?

MICHAEL: maybe I will. try me

ADRIAN: You can ask them lol

MICHAEL: I don't know them

ADRIAN: My lips are 🤐

MICHAEL: what's the worst that could happen?

ADRIAN: Great question. You got all the hard hitting questions tonight is this CNN?

MICHAEL: no. it's not jeopardy either

ADRIAN: What is BLM?

ADRIAN: See, the answer in the form of a question (like on jeopardy) 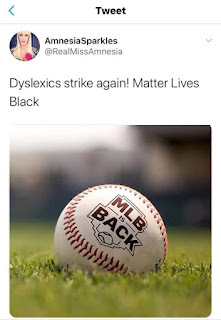 MICHAEL: he was a great man Rip

ADRIAN: Yes. Good looking guy too. I’d let him get to second base with me

MICHAEL: so you like black men? Lol the brothas

ADRIAN: My bedroom is like the United Nations baby. Yes I’ve been with black and am currently with Asian

MICHAEL: that's nice. good for you

ADRIAN: I’ve donated to the NAACP. And have sexually pleased black men, can I get a medal already? Yes Latinos, whites, Indians

ADRIAN: Checked all the boxes. Still need an Eskimo and a Native American for the whole set

ADRIAN: From Pakistan. A few

MICHAEL: Pakistan is not an arab nation

MICHAEL: they tie into Indian

ADRIAN: There was a brown guy I don’t know where he was from. I hit it and quit it. he may have been Arab

MICHAEL: hit it and quit it? lol wow

ADRIAN: Didn’t want him around after so I didn’t ask where he was from

ADRIAN: He needed a shower. Good looking guy too. Shame

ADRIAN: Poor guy driving a car all day. Not his fault though

MICHAEL: what's wrong with driving a car all day? uber is a big deal now

ADRIAN: No showers in cars

MICHAEL: I've only been with black, Latina, and Asian. and yeah but there's deodorant at every store on every corner

MICHAEL: nah I always brush my teeth and shower before the deed and I see.

ADRIAN: Good for you. You must have gone to medical school

MICHAEL: that's what my med degree says. it's not a big deal though

ADRIAN: It is since washing can kill Covid

ADRIAN: Remember early March when people were learning that they had to wash their hands for 20 seconds? So many people didn’t know this. The other day I’m in the restroom and this guy walks out without washing his hands. Oy

MICHAEL: ppl still don't know how to wear their masks

ADRIAN: Men, Am I right?

ADRIAN: Clearly. You ask tough questions. Well, I’d love to stay but I must run sir. Have a great night. Wash your hands 😜✌️

MICHAEL: we'll finish this some other time ma'am I will. and please wash yours too. the life you save might be mine