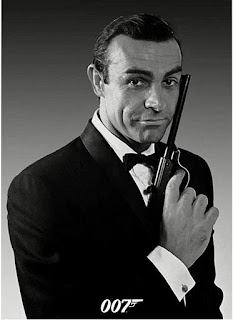 You are at a fancy cocktail party. It’s a fabulous affair high above in a luxurious penthouse. All the guests are in their finest attire. Men are wearing suit jackets and women are in lovely cocktail dresses. The catering staff in their little black bow ties pass around delicious hors d'oeuvres. You make your way across the room introducing yourself to new gorgeous faces. Not a single man or woman has mentioned their prefered pronouns. You settle at the drink station for a refill. There, you see an exquisitely beautiful woman in a tight red dress. You get a little closer and introduce yourself. She locks eyes with you, smiles and says "Hi, I'm Samantha, She/Her/Hers."

You ask her if she's enjoying herself and how it is she knows the host. "Oh my daughter and her daughter have the same tennis instructor." DAUGHTER? Did she say daughter? Wait, she's a "mother?" But if she's a transwoman then it can't be her biological daughter...can it?

At this point you really want to know if this beautiful woman is trans. She has to be, right? If she is mentioning her pronouns when she meets someone then she has to be trans? But she doesn't look trans. She looks and sounds like a "real woman." But how does one ask someone if they are trans when clearly they don't look trans?

"I must say you are a stunning woman, your husband is a lucky man," you say as you sip your champagne. "My WIFE you mean, yes she is VERY lucky" she says with a smirk on her face. WIFE???? Wait, WHAT? She's a lesbian? So did she transition before or after they got married and who had the daughter? Who is the father?

By now you have a million questions spinning in your head, you simply have to ask. "I don't want to seem too forward but, how long ago did you transition? I mean, I really couldn't tell you are a Transwoman," you say as you are on the edge of your seat. "Transwoman? You think I'm a transwoman? I'm not a transwoman. Why would you think I was a transwoman?" she says with a confused look on her face.

"OH, you're not, oh my God I'm so sorry for the confusion I just thought..." you are at a lost for words and you're more confused than ever at this point. "Please excuse me," you say as you set your drink down and head to the restroom.

Pronouns can be a tricky subject these days. Who would have thought 10-20 years ago some folk would get triggered by hearing someone call them by the wrong pronoun? Some folks feel like their whole day is ruined if someone uses "She" instead of "He," or "He" instead of "They" when addressing "Ze" ? or is it "Hir"?????

Some folks don't care at all about pronouns. Their mentality is "I don’t care what pronouns are used. Call me whatever you feel comfortable with and I’ll call you whatever. It’s your perspective not mine." However, many people do care, that’s why they may get triggered if the wrong pronoun is used. Sometimes an individual can be hypersensitive to pronouns. It can really hurt their feelings when a wrong pronoun is used.

The thing is, there was a time not to long ago when if you said “you’re gay” to a straight guy they would flip out! So I understand that some folks are triggered when the wrong pronoun is used just like some straight guys get triggered when you use the wrong sexual orientation label to describe them.
Of course, it’s validating for a trans person when others use their preferred pronoun. It’s also important to remember that other people’s lack of validation cannot break you if you have a strong sense of self. Someone can personally not care about pronouns but still use the preferred ones for trans people. It’s true, pronouns don’t really matter but it is also true pronouns do matter. I believe trans folk who understand this get less triggered and upset when they are misgendered.

Back to the cocktail party. You’re washing your hands in the restroom when a guy in a tuxedo walks in and goes over to the urinal. He unzips his trousers and starts to urinate. He looks over his shoulder at you and says “Bond, James Bond He/Him/His.”  He finishes with a shake and not a stir.