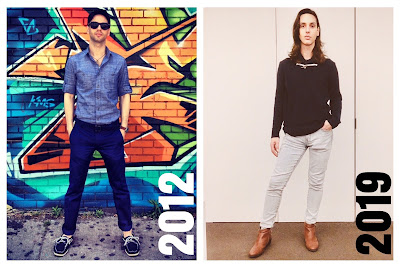 
My closest friends can tell you that it was unbearable to be around me in 2012. Looking back I would have to agree with them. That year I got in the "best" physical shape of my life...that is, if you like the male esthetics. See what I'm talking about by clicking HERE  But that's not why I was a pain in the ass.

I will be the first to admit that back in 2012 I was trying WAY TOO HARD to be something I am not. I was trying to be something I believed was expected of me. Not till 2017 that I finally stopped listening to the noise around me and tuned into my inner voice. The inner voice said to start electrolysis on my face in order to permanently remove my facial hair, pierce my ears, and start growing out my hair on my head. A year later the inner voice said "go on HRT" (hormone replacement therapy). 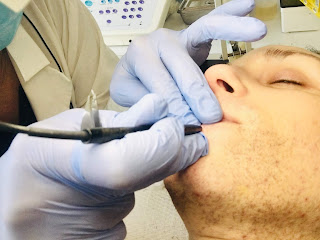 Getting the bi-weekly electrolysis treatments


I'll be honest, I don't like to be told what to do. Even if the voice giving the orders is coming from within.  It was hard to ignore this strong inner calling/pull though, so I figured I might as well give in and do as it said.  Surely I could trust it more than the noise around me, right? 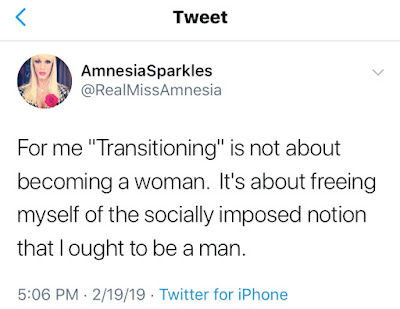 Usually when you hear gender variant individuals talk about "transitioning" you picture someone going from male-to-female or female-to-male.  It's pretty straight forward, transition from one end of the gender spectrum to the other.  I don't ever recall thinking of myself as a "woman trapped inside a male body,"  I still don't.  That being said I felt a strong inner pull to make a change in my life.  I longed to align my body with my mind and spirit.  I longed to stop the need to play a gender role that simply didn't feel natural to me. 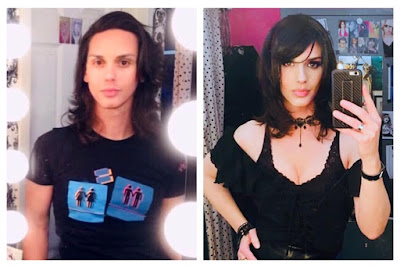 
I remember a conversation I had with a friend about two years ago when I mentioned to him that I was “transitioning.” He wanted to get an idea of what that would look like. I pretty much told him that I would still be the same person, but that there would be nights where I would put on some makeup and wear women's clothes. Really no big deal. I've been doing that since the late 90s.

I’ve heard a lot of self identifying trans girls say that they would love to transition but that they are afraid that they won’t “Pass.” I get the feeling that some of them use not "Passing" as an excuse for not confronting their fears. Listen, for some of us we’ll always look and sound like men to some people. Some people will see us as a dude with boobs or a chick with a dick. Those people are binary and can’t fathom the concept of someone who is non-binary. 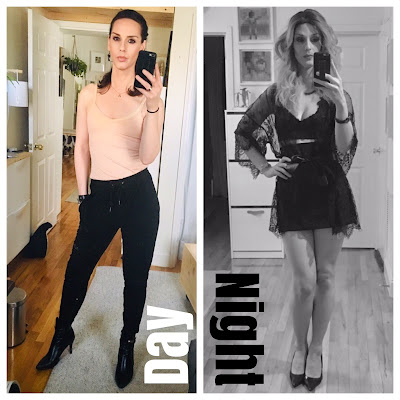 
And then there are other folks who have transitioned who wonder when you'll make the final leap and go through SRS (Sexual Reassignment/Affirming Surgery), as if saying you won't really be a true gender/sex until you surgically remove a part of your body. We all have our own personal journey and levels of comfort with our bodies.  Some of us don't feel the need to surgecllly remove a part of our anatomy. 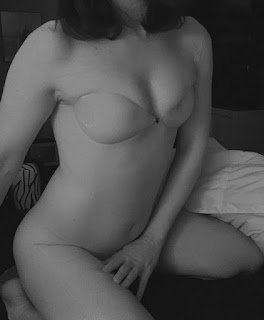 So here I am.  Over the past few months I've been asked numerous times "how's your transition going?"  My body is slowly going through some changes as you may have seen from the photos on my 2018 and 2019 Flickr albums.  Internally I'm slowly leaving behind the thought of the person I had to be. I'm leaving behind the person I thought I had to be in order to be happy with myself or to FEEL I was receiving love from the ones that love me.  The hormones are stripping away the testosterone that seemed to have fueled my body with anxiety.  In short, I'm feeling more like myself, or at the very least the person I strive to be.

Maybe it's just me getting older.  Maybe it's the hormones.  Maybe it's my deeper understanding of my inner self-talk.  Who knows?  All I know is that my inner self is someone who doesn't feel the need to pretend anymore.  I'm becoming someone who understands that it's not all about me, but if you're curious to know how life is treating me I'll tell you without hiding my true feelings.  I will dance with you, knowing this dance of life, as crazy as it may seem, is temporary.

Who leads when dancing is a whole other post, since leading is riddled with gender bias.

ps - I'm not really good at leading but I encourage dancing like no one is watching. 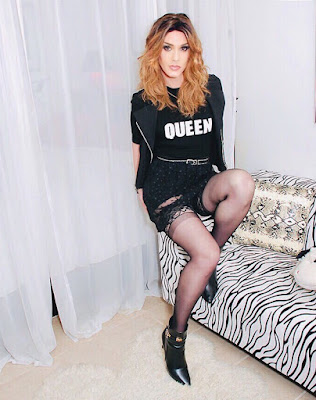