BEFORE YOU TRANSITION READ THIS, Part II 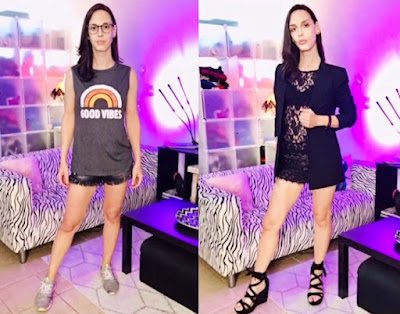 In part one we touched upon the following topics:
DECIDING TO TRANSITION IN YOUR 30s
THE FEAR OF TRANSITIONING
THE FALLACY OF PASSING
IT'S NOT ALL ABOUT APPEARANCES
THE GENDER BINARY MENTAL PRISON
THE FALLACY OF BEING "FULL-TIME"
IT'S CALLED "TRANSITION" FOR A REASON
DRESSING IN PUBLIC
WHY RUSH A TRANSITION?
GET YOUR PRIORITIES STRAIGHT
STOP YOUR SELF-CENSORSHIP
BELIEVE IN YOUR HEART THAT YOU DESERVE HAPPINESS
LIFE CHOICES BASED ON LIMITED PERSPECTIVE
CREATING AN ACTION PLAN
DROPPING YOUR WALLS
TIME TO MAKE A DECISION
read part one click HERE

I received the following message in my Instagram DM from one of my lovely followers after they read part one. 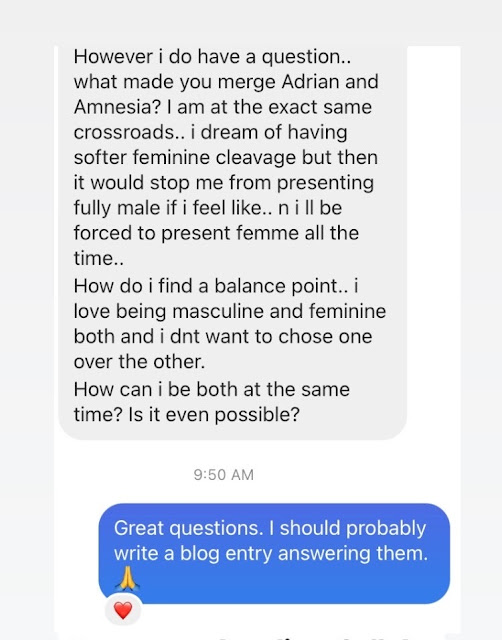 So here it is part II.  This time with the help of Sammy
*For privacy reasons I have changed her name. Here femme name is NOT Sammy.

Our chat took off once I asked them the following question:

of all the things you are stopping yourself

from doing because of

SAMMY: I had to quiet mind to come up with this answer.As an impulsive response i felt like saying everything from doing makeup, wearing beautiful dresses, having a beauty regime, stepping out en femme all the time, re-doing my entire wardrobe, curtains, grow my hair, make love as a woman , facial feminization breast implants etc n the list can go on n on.... But after careful introspection i know all that i can do irrespective of what the world expects from me..My real battle is how do i express myself as one person instead of switching between male n female
ME: Mhm, your above statement was very well expressed. Were you a man or a woman when you expressed it, both, or neither?
SAMMY: I guess I was a happy person while typing it.. a happy person who wants to experience the feminine within.. don't know how to label that😋
ME: When you say "experience the feminine within" do you really mean, outwardly express femininity without shame, fear, or guilt?
MEN'S SHAME, FEAR, AND GUILT WHEN EXPRESSING "FEMININITY"
SAMMY: Ya.. Inner experience doesn't need outwardly expression.. but when i want to express it outside then fear hits me ..
ME: so...the real work then is to recognize every single time you experience fear, shame, and/or guilt based on gender expression and THEN consciously choose not to feel bad about it.
SAMMY: Well that's more of a conscious work that i have to do.. I have to catch the stupid fear n not let it overpower me..
But my other challenge is ..how do i express myself as a princess and a stud at the same time..like how do i blend both..is it even possible
ME: simple answer is, stop trying to express yourself one of two ways and simply allow and accept yourself to express yourself any which way it may outwardly manifest.
SAMMY: I have to allow it to manifest naturally
Its like i want to build muscles but also have breasts 🙈
ME: body building women have muscle and breasts. women athletes have muscle and breasts
SAMMY: Yeah.. i follow them n try to model their kinda body.. So does it mean.. if i want to have breasts..i should just get it..n not think so much? 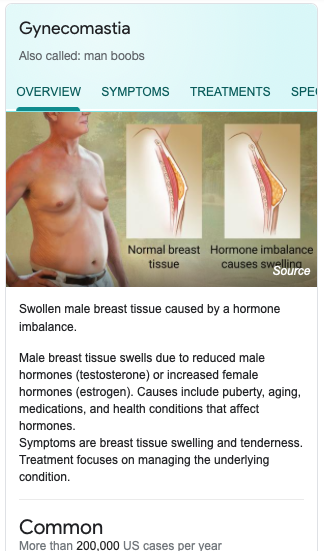 SAMMY: But my intention of having breasts is to have that feminine apperance n softness
I don't like using pads..it feels artificial
ME: it doesn't really matter what your intentions are, the reality is that your body will have breasts not just some times but everyday of your life regardless of how you're feeling that day.
SAMMY: Hmm
ME: you have to ultimately come down to the reality of the physical world
SAMMY: Ya.. I guess my real goal is to appear beautiful and feminine..with or without breasts. I'm just looking for ways to achieve it
ME: that's easy, just get a face app like Faceapp and use their gender filter which will turn you from male to female. then you can appear as beautiful and feminine any time.
SAMMY: But its not real.. i want to be pretty in front of everyone in real life
ME: why? how is that any different? you're still presenting an image of yourself. why do you want to be pretty in the physical presence of others?
SAMMY: Because that is the image that I want to experience within as well.. beautiful pretty feminine.. so should I not express it outward?
WISHING FOLKS WOULD SEE YOU AS A PRETTY WOMAN
ME: but you said "in front of everyone" which means you want a witness to your presentation. but not only that, you specifically want to be "pretty" in-front of them. but what if they don't think you're pretty. then how will that affect the way you feel about yourself?
SAMMY: Its not about their validation.. I will feel pretty n awesome irrespective...
The challenge is my outer expression should match my inner feelings If i am feeling beautiful inside but not able to express it properly.. thats what bothers me . Nothing to do with them
ME: does that mean you don't feel beautiful in your masculine expression?
SAMMY: I don't know..it feel too macho. Too ruf
ME: so you don't think macho and rough is beautiful?
SAMMY: It's not feminine right? That feeling of softness, tenderness ..its difficult for me to feel that way when m presenting myself as a guy with muscles n all That's why i look at u..coz u were very handsome as guy with abs n all.. But then u became one . merged Adrian n Amnesia
There is no switching from this to tHat I hope m making sense 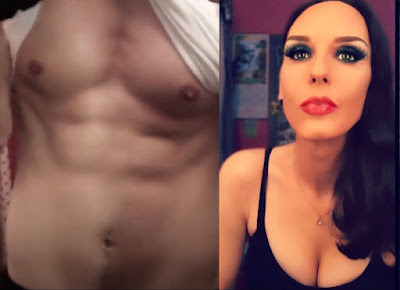 ME: it sounds to me that your idea of beauty is tied to femininity and not masculinity.
SAMMY: Well masculinity is beautiful in its own way .what i mean by beautiful is what we usually refer to as a woman's appearance
BEAUTY TIED TO FEMININITY VS MASCULINITY
ME: right, so you don't feel beautiful when you're not presenting in femme
SAMMY: I feel handsome..
ME: so you have gendered a feeling
SAMMY: Well feeling masculine or feminine are clearly two distinct experiences.. maybe i can use the term feeling A or B..
I feel A when m dressed as male.. confident, aggressive, outgoing, courageous..
On the other hand..i feel B when m dolled up...
These r clearly two distinct feelings n experiences.. dont wanna gender them.. Because gender is different from experience/emotions happening within..
GENDERING FEELINGS
ME: mhm, so if feeling handsome is a masculine feeling and feeling beautiful is a feminine feeling do you think cis women ever feel handsome?
SAMMY: Cis women who workout, or are athletic..or lead teams... are CEOs.. such women have a strong masculine personality.. the feeling of being confident, in charge, being aggressive in their approach, relentless.. thats definitely a masculine energy.. a masculine state of mind.. which is the exact opposite of being feminine.. hope it makes sense
Masculine n feminine are two opposite extremes ryt.. very distinct from each other..
N everyone has both.. though not in same proportions.. but it shows in how they present themselves, their language, their body language, their vocabulary..it shows☺️
ME: "being confident, in charge, being aggressive in their approach, relentless.. thats definitely a masculine energy." That is part of the sexist conditioning some feminists have been trying to change over the centuries. This idea that a woman can't be confident, in charge, aggressive and relentless while still being feminine and tapping into feminine energy. I believe some pop stars like Madonna and Beyonce have made careers out of smashing the old tired sexist ways of thinking in the West.

SAMMY: My problem is that my sexuality is linked with my outer expression..m autogynophilic.. thats why m confused about how to represent myself
ME: Well then, when it comes to exploring sexuality you have to ask yourself "what purpose does sexual activity serve me in my life."
That is a question that can really stop someone in their tracks.
WHAT ROLE DOES SEX PLAY IN YOUR LIFE?
----
Will we explore sexuality in Part III?
You'll have to wait and see