I Turned Men into Women for Seven Years, here is What I Learned, Part I 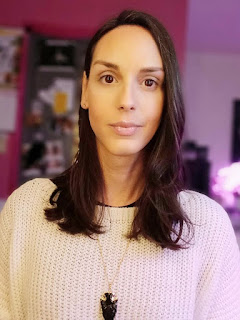 2022 marks twenty years since I packed a couple of bags and made my way to New York City. That year, 2002, I made my television debut on a little unknown show at the time called American Idol. I was in my early twenties, had a few bucks to my name and the burning desire to leave my old life behind and start anew. 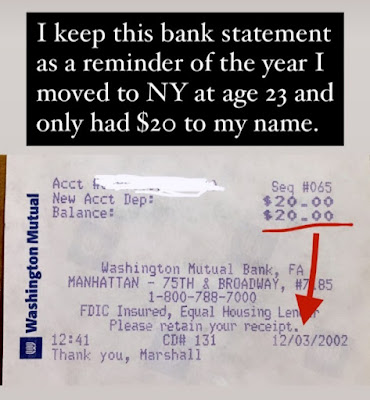 My 20s were a rollercoaster of emotions and adventures. From doing live drag shows, writing articles for a NYC based magazine where I got to interview Dolly Parton, to being the singer in my second rock band. That’s a story for another time. This is the story of what happened when my 20s ran out. I was faced with a choice; to give up on myself or find new purpose.

2010-2013
The years leading up to the launch of my makeover service
30-34 years old
In early 2010 I was 30 years old. I invited a couple of friends to accompany me to auditioned for Priscilla Queen of the Desert on Broadway. Was it a crazy idea? Absolutely. Did we have a chance of getting cast in the show? It was a crazy idea. The footage from that day would find new life three years later in my super super low budget online “reality show” Getting Amnesia.

During that time, I was experiencing a pressure on my back and chest. It felt like an elephant was crushing me. Three days before my 31st birthday the doctor tells me that the chronic pain I was feeling was in fact two herniated discs on my thoracic spine. For most of that year I would be on pain killers and receiving weekly physical therapy.

The pain was unbearable, but I was accustomed to keep moving no matter what. That year I would push myself to the limit.

Melissa Balan reached out to me in early 2010 and asked to do a documentary piece on me and showcase the work I was doing for my website GenderFun.com. It had been a year since the launch of the site. She submitted the doc to a few film festivals and it ended up winning an award! I was so proud of her. (the film has racked up over 1 million views)

While I was doing work in front of the camera for GenderFun.com I was also taking my camera places and capturing life’s moments in the LGBTQ+ community in New York City. I had been on stage and performing practically all my life. I made drawings and paintings which won some awards here and there, but 2010 would mark the FIRST time I’d be recognized for my work behind the camera. It felt surreal.

A couple of my photographs were published in the book LGBT Identity and Online New Media By Christopher Pullen and Margaret Cooper and a month later my photography would be featured at the Leslie/Lohman Gay Art Foundation in Soho.

I remember that night well. It was an open bar. I drank A LOT to numb my physical pain. Not the greatest decision on my part being  I was on pain medication. I remember Mike Diamond asking if he could interview me on camera, but I politely decline. I didn’t want the camera capturing me while I felt like a hot mess. Here I was, for the first time in my life having my photography recognized by my community yet all I wanted was to be in a dark room out of view of the public eye.

A few months later I got the call to be in a musical review. We were to perform at the Duplex just steps away from the historical Stonewall Inn. The ensemble was extremely talented. REAL trained singers. I had to bring my A game to be anywhere near their level. I know my strengths and weaknesses so I figured if I couldn’t be as great as they were singing I would play the “comedy card” for all its worth. I gathered my friends and we shot footage of the rehearsal and the performance. The footage would later inspire the creation of my “reality show” Getting Amnesia. It was a SOLD OUT show. The performance was a hit! The first episode of Getting Amnesia was extremely silly and low budget, yet it got positive feedback from the online following.
My body on the other hand was reaching its limit. What some folks online didn’t know is that all throughout this time I was also holding down a 9-5 office job at a credit rating agency. In 2010 I was still coming to terms with what had happened two years prior. I had survived the multiple layoffs of 2008. Hollywood immortalized this time in history with movies such as Margin Call and The Big Short while I experienced first-hand my friends and collogues painfully and unexpectedly losing their livelihood one-by-one. Subprime mortgages would be in my nightmares for years to come.
2010 came crashing down in the end.
By the end of 2010, I was exhausted physically and mentally despite all my accomplishments. I couldn’t give any more of myself. And so came the break. In October my two-and-a-half-year romantic relationship with a very lovely man came crashing down. I went into a depression.

My mind lied to me and tried to convince me that now that my 20s were over my life was over. My new existence would be filled with chronic physical pain and emotional emptiness. No one would love me ever again. I started eating A LOT to sooth the pain. I gained 40lbs in no time.

I’m not one to give up on myself easily so at the end of 2010 I had an idea for my next chapter in life. I started to put together the femme studio for my Male-to-female Makeover Service and made the announcement.

But first, I needed to get off the pain killers, put my depression aside, and clean up my act. Easier said than done.
To be continued ...
Labels: adrianacosta transformations